Just recently I came across a report from the George Bush Presidential Library and Museum which highlighted the roles of a President. Although it was exclusively limited to the US, the broad-based approach fashioned the report in a way that made it applicable to Presidents around the world.

What was interesting to note was the fact that Presidents, most if not all, hold approximately six different caps. More often than not, these tend to overlap in multiple realms given the dynamics of a country’s socio-political and socio-economic landscape.

So these are the six caps in no specific order:

Based on general observation, it is normal for one to conclude, at least at this point in time, that President David Granger is a man of integrity and high standards. For me, his standards when tested in the political arena, are unprecedented. I say this simply because of his well-composed posture when featured in political mudslinging and when attempts are made to discredit him or his work.

Sadly though, while his posture has indicated that he is a man unwilling to stoop or succumb to ‘gutter-politics,’ it also indicates that party politics trumps national interest (or so it seems). I say this for several reasons.

It has become a reoccurring feature of President Granger to defend, even through silence, the indefensible; even in the face of harsh criticisms and public outcry. The first episode of this was aired publicly through the state-owned newspaper when the President described the Walter Rodney Commission of Inquiry (COI) report as “deeply flawed.”

In short, former President Forbes Burnham, and by extension the People’s National Congress (PNC) –President Granger now being the LEADER OF THAT PARTY – were implicated in the assassination of Rodney. Granger contended that the commission was “paying a lot of attention to hearsay evidence” and refused to acknowledge the role of the state (led by the PNC then) and Burnham in Rodney’s death. Though a COI is not a legally binding arrangement and is by far more relaxed than a legal proceeding, the testimonies and evidence pointed to the Burnham-led administration. The least one would have expected was an apology from President Granger, for the party’s then leader (or party’s) involvement, be it how minute. But this is still is unrealized dream. Why? For one, the integrity of the party is at stake. To have its leader come out and apologise for the party’s alleged involvement in the death of a “regional icon” would further taint its already damaged reputation. So to preserve what’s left of the party’s reputation, simply deny, refuse to acknowledge it ever happened, or do as our President, discredit the work of an almost $500M state-sponsored COI. Did party politics trump national interest here? Or nah? 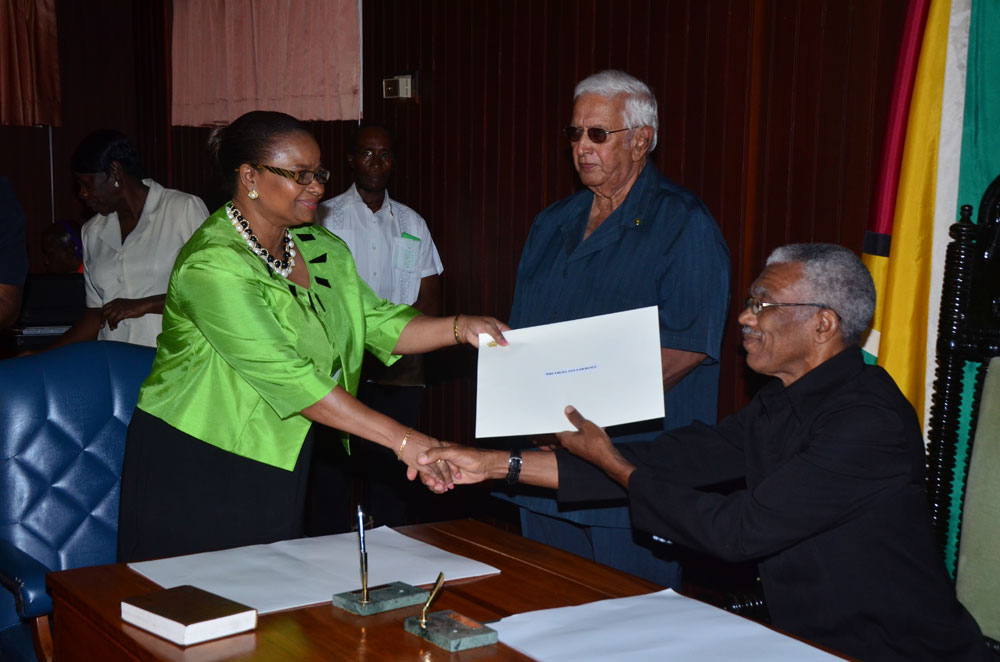 One month later, the Honourable Minister of Social Protection, who happens to be an Executive Member of the same PNC does the unexpected. A charged child molester (with whom she shares some kind of relationship, professional or otherwise) is openly defended by her after he opts to run for public office. It’s a “family issue” the Honourable Minister said, in relation to the child molestation claims which has resulted in the man being charged. This is the minister who is supposed to be protecting the rights of children. Two things followed. First, the Minister, to date, is yet to apologise for the statement which caused public outcry and resulted in multiple protests against her. And secondly, the LEADER OF THE PARTY (President Granger) of which the Minister is an executive member, also failed in his capacity as a President to sanction her or take actions. Did party politics trump national interest here? Or nah?

The following month, Transparency Institute Guyana Inc. deemed the actions of another of the Granger’s Minister as corrupt. “By any international standard, the conduct of Mr. Harmon and by extension, the Government, constitutes corruption”, TIGI said. That Minister is also a central executive member of the same PNC. Questioned by the media not too long after, the LEADER OF THE PARTY was quick to state that TIGI should verify information before making wild accusations in the media. The same TIGI he had, while in opposition, agreed with when it described the then administration as being corrupt. Like his colleague, Harmon was successful in causing public outcry over his actions, though it had not reached the stage of people calling for his resignation. And despite upsetting a fraction of the population, the President refused again to take action against or sanction Harmon for his actions. Did party politics trump national interest here? Or nah? 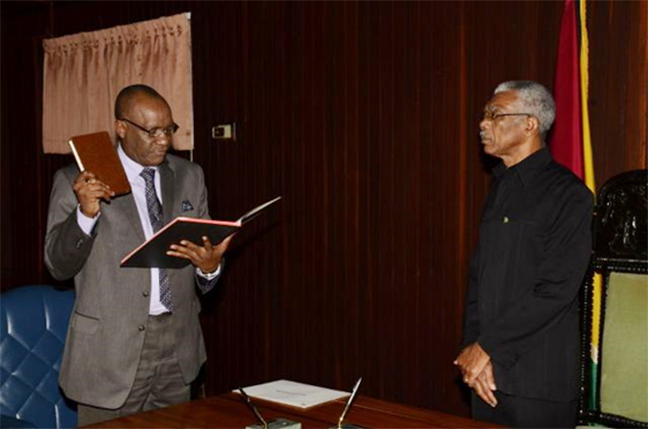 Harmon, no stranger to controversy (or so it seems) was featured again in the press for controversial deals he boldly spearheaded with parties he heavily criticized while in opposition; BK and BaiShanLin, the latter he described in 2014 as being a company which was “stifling the development of Guyana.” The exposure of these deals by local print Kaieteur News, was the straw that broke the camel’s back. Criticisms subsequently (re)mounted against Hamon, to the point where people were calling for, and expecting him to resign from office. Even the AFC – the second largest faction in the coalition Government – issued a call for him to be stripped of some of his responsibilities. Sadly, the LEADER OF THE PARTY (of which Harmon is a central executive member), once again, failed to react and respond to the public outcry and calls for the minister to be sanctioned or dismissed; much to the likeness of Harmon. But the buck didn’t stop there. The Leader of the Party went as far as to defend Harmon against the AFC, stating that he does not believe the minister – who currently holds three other portfolios – should be stripped of any responsibilities. So can we now say that party politics trumped national interest? Or still nah?

It is understood and accepted that while executing his duties as President or as Head-of-State, the President is still the leader of the political party from which he emerged. However, when public interest and party interest come into conflict, is it not reasonable for the citizens of the country who elected you to the highest office, demand that you act in their interest first?

In those instances, can we conclude that President Granger spoke and acted in his capacity as President of Guyana or as leader (or President) of the PNC? In my estimation, this honourable man (no sarcasm intended) did not remove his party cap and replace it with his Head-of-State cap. Clearly, he does not (or refuses to) realise that public interest will always outweigh the interest of the party, since, even with the support of the party alone, one cannot win a national election. Hopefully he realises (sooner than later) that he is not the President of the PNC, but rather the President of Guyana – a country desperately in need of a political figure that is capable of navigating it towards political maturity.

View all posts by ravininprogress